How to prevent the suicide of our best and brightest minds

The main comedian that brightened my childhood days was Robin Williams. He died by suicide in 2014. We can all name a famous, funny guy that died by suicide. Each generation has experienced this tragic pattern. Williams met both of the categories of risk that I am going to chat about here today. His talent exceeded all others in his craft. Also, he was in the older adult male category. Men ages 45-55 dominate the suicide statistics in America. It never ceases to shock us when the best and brightest die so tragically. Behind the managed image of famous Americans, there often are financial catastrophes, relationship issues, substance addictions, mental health difficulties, and physical health issues. But, what about the less famous among us who die by suicide without a glimpse of warning?

54% of Americans have interacted with suicide in some way. According to an extensive survey, many believe they could help prevent suicide in others. They report lacking education on what to say and how to help people. We’ll dive into how you can contribute to the prevention of suicide later in this post.

Does giftedness increase your risk for suicide?

There is a hypothesis that the brightest among us are the most at risk of dying. Giftedness and suicide have a possible correlation that needs recognition. Whether you call them gifted, intense, or dramatic, they are the ones with the greater capacity to consider the mysteries of the human experience and feel the darkest of the emotions. There is a misconception that a high capacity to understand, problem solve, and experience deep empathy is equal to high effectiveness in managing difficult feelings and coping with high-stress circumstances.

“There are gifted kids who feel that they shouldn’t ask for help because they’re smart and they should be able to handle it,” said Jennifer Cross. “It’s as if the label of being gifted automatically gives you the ability to deal with all life’s problems, and that’s just not realistic.”

The truth of it is, those with higher capacity in intellectual realms and even empathic abilities, often struggle with coping through difficult realities of life. The speed with which they can recognize a pattern and experience an emotion, they can judge a problem to be unsolvable, unbearable and the solution to be to end their life.

According to AFSP, on average, there are 130 suicides per day in the United States. The quoted rate of suicide is highest in middle-aged white men, age 45-55. With all this talk of gifted individuals being at risk for suicide, it is worth noting that giftedness does not go away with age. Gifted children and teens become gifted adults. Could it be that their giftedness is still a factor in this age group?

Some studies show the gifted are more prone to psychological distress. There are also studies that show that the gifted are better adjusted than their peers. SENG explains why the studies may have different results. The variables that are difficult to control include the selection process and populations that may not present themselves. Yet, clear evidence exists that points to creatively gifted adults committing suicide at higher rates than the general population.

The National Resource Center on Gifted and Talented shared an article about Suicide Among Gifted and Talented and How to Prevent it.  In it, they highlighted traits that are often experienced by gifted people. Perfectionism, supersensitivity, social isolation, and sensory overexcitability were named. It is hypothesized that the everyday disappointments and discomforts are experienced exponentially by those classified as gifted.

Our typical system for identifying giftedness is through the IQ test. The WISC-IV measures the intellectual ability of children from 6 to 16 years. It provides a measure of general cognitive ability, and also measures of intellectual functioning in Verbal Comprehension, Perceptual Reasoning, Working Memory, and Processing Speed. There are theories that giftedness exists in ways other than intellectual ability. Dabroski's theory of giftedness categorizes exceptional people into five types of intensities: psychomotor, emotional, sensual, intellectual, and imaginational. These intensities are not qualified into numbers and tests haven’t been developed that accurately score people as gifted in these areas. It is likely that if you know someone whom you’d describe as exceptional or intense, they have similar traits as someone who is gifted in an intellectual way.

More intense in every way

If you know that your loved ones tend to be more intense, be it gifted or high ranking in some other way, you can be sure that they are at a higher risk for suicide. Other risk factors that could multiply their risk would include a history of drug or alcohol use, family history of suicide, history of impulse control issues, insomnia, or prolonged physical pain.

The takeaway is that if you are in a community with people who are high achieving, have a generally happy demeanor, and seem to float through life, there is still a need for assessing their inner world and creating an environment where any topic that is on their mind can be discussed out loud. Those who are living with strong intensity in an area, do not assume they are mentally healthy. It is important to not leave them to manage their strongest emotions on their own. No matter how gifted one is, strong emotions are best managed with other people.

As mentioned before, there was an extensive survey on the public’s experience with suicide. It explores how the public is leading conversations about suicide and what people fear most about talking about suicide. Included in this survey is a list of actions to help prevent suicide. The most common actions are educating the public, increasing access to mental health care, and educating first responders on how to help.

Let’s talk about it

Talk about suicide and thinking painful thoughts. Ask if the friend has been thinking about ending their life. Ask if they have a plan. Report a friend’s claims to appropriate helpers. Talking about suicide does not have to wait until a crisis. Your loved ones may not show signs of depression or have a change in personality. It is important to develop a comfortability with talking about suicide as a preventative measure. There is a way to cover the bases and explore the topic with a friend or loved one.

The AFSP gives amazing tips for starting an honest conversation with someone. In summary, if a person says they are considering suicide: believe them, stay with them, help them remove lethal means, call the National Suicide Prevention Lifeline: 1-800-273-8255, Text TALK to 741741 to text with a trained crisis counselor from the Crisis Text Line for free, 24/7 and escort them to mental health services or an emergency room.

These follow-up actions ensure the person’s safety and safety is always the priority when it comes to talk of suicide.

A change to be aware of

Fact sheets, found at cdc.gov, are an easy and accessible way to understand the current trends. Accidents being the first cause of death, suicide became the second in 2014. As accidents and homicides decreased, suicides increased. The increase in the use of the method of strangulation, which is extremely lethal,  has contributed to the increase in the number of suicides. Prb.org is another resource for data related to suicide. It shines light on why the trend of strangulation used by teenage girls affected the number of suicide. In the past, boys were more likely to use guns than knives and guns were more lethal. With the rise in strangulation and girls utilizing it instead of knives, the numbers of completed suicides are increasing. When we talk about removing “lethal means” it is important to remember the means by which the person can strangle themselves in addition to medication, knives, and guns.

Educate those around you to report these findings and not try to handle it themselves. If you hear of a person who is struggling with thoughts of killing themselves or not wanting to be alive, tell someone. It is important to share that information with a professional and not try to help them alone. Many times, people can ask you not to share this information and that creates an unnecessary burden and impossible task for you.

Professionals and how they help

Mental health providers are assessing dysregulated brains. A healthy brain is going to fight for life. An unhealthy brain is going to problem solve the ways they can end their life. A therapist is checking for obsessive thinking about dying. It can be that a person’s desire is not to die, but their brain repeatedly tells them ways that they could end their life. Professionals are also more aware of risk factors. Having trained mental health professionals available for all is a hugely important systemic way we can decrease deaths by suicide. In such a time as this, with healthcare provided very regularly online, it is helpful to encourage loved ones to secure a relationship with a provider to have on hand, should they need someone to reach out to in the future.

Centers for Disease Control and Prevention

Supporting the Emotional Needs of the Gifted

Why “New Year, Same You” might be the best thing. Year in review If you haven’t had time to reflect on the last calendar year and dream about the upcoming one, let’s take 5 minutes and explore it. Imagine yourself setting up your space at a cozy coffee 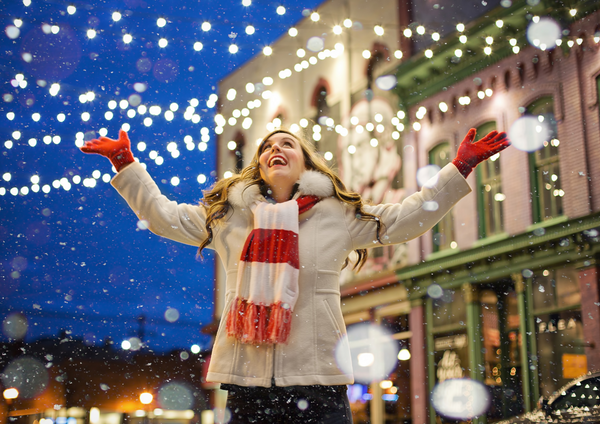 The holiday season is upon us and that means our social calendars are filling up. We are planning holiday gatherings with family, coworkers, and friends to celebrate life and the end of another trying year. Unfortunately, this time of year is not always something to look forward to for many 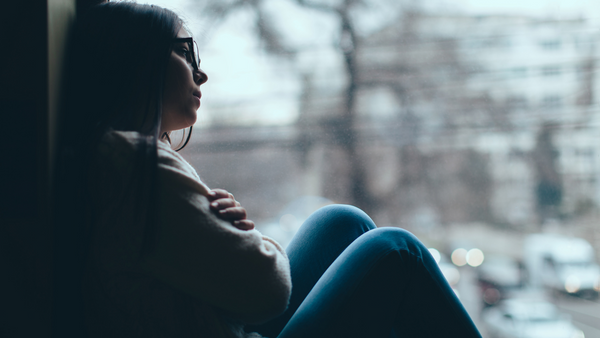